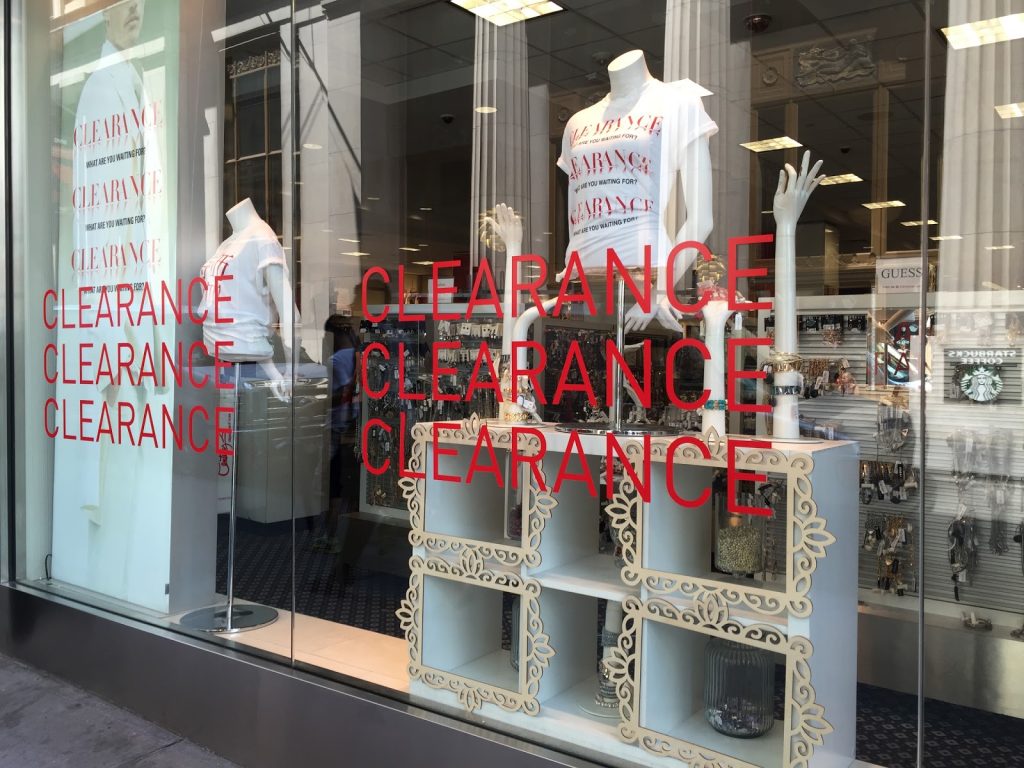 The highly anticipated 90% off markdowns have hit Century 21‘s downtown location. The mega clearance sale is legendary among New York’s savvy shoppers. Ever hungry for great bargains, the lucky few who managed to shop during the first two days found stellar deals on high-end designer goods. I am here to share my finds and offer helpful advice on how to brave this seemingly intimidating sale and spot the biggest deals. What you need to know:

1. The sale is currently limited to the downtown flagship store.
2. Each floor has a clearance section where you can find 90% off items.
3. The 90% off is taken from C21 sale price, not retail, making the savings unbelievably good.
4. Third floor holds the European designer apparel as well as scarves, hats, and belts. Start there first.
5. Inspect everything for signs of damage and remember you have 45 days to return your items.
6. Look for the unsorted racks, that’s where the staffers put back-stock, dressing room rejects and returns before placing them on appropriate racks.

7. If you only see an item with 65% off sticker but it’s in the 90% off section…..take a chance, bring it to the register and you might get lucky.
8. Items and racks are being rearranged daily so don’t be surprised to spot a red sticker in an unexpected place.
9. If you’re at the store for the long haul it’s worth to periodically check a particular section as more items may have been added.
10. Don’t hesitate to ask a staffer if they have more of item X in the stock room, you never know!
11. If you only have one or two items and don’t want to spend an hour at the register…..go to the cosmetics department and they will ring you up.
12. Sign up for Century 21 loyalty program and when you reach gold or platinum you can use the express VIP lanes and earn rewards.
13. Please read my full report for a complete rundown and all the pretty photos 🙂

Get Your Workout Gear at ASICS Sample Sale.