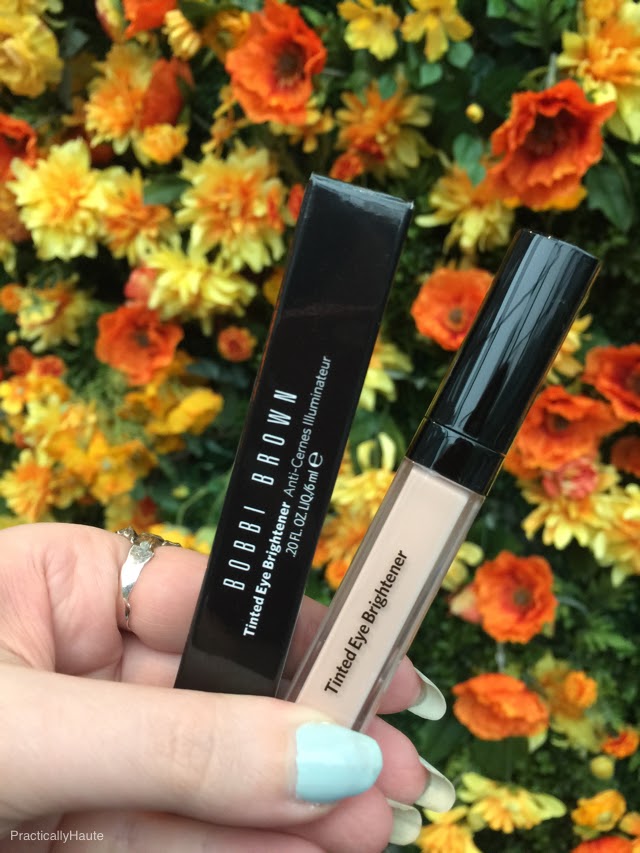 Earlier this Monday Bobbi Brown Cosmetics kicked off their first-ever public sample sale at 260 Sample Sale‘s Fifth Avenue location. The much anticipated event promised to offer a wide selection of makeup products at unbeatable prices and with discounts of up to 75% off retail prices were really good. Joining Bobbi Brown at the sale was Bumble and Bumble, another label under the vast Estée Lauder umbrella. The seven day long sale certainly delivered when it came to prices, with almost everything $15 or under. Selection and shade variety on the other hand left something to be desired.

Bobbi Brown popularized the whole “no makeup” makeup movement in the 90’s so it’s no wonder that foundations are the brand’s star products. The good news is that pricing was great! Foundations were just $15 and concealers $12. Bobbi Brown face products usually retail for $50 so that’s at least 75% off savings. While the sale did indeed offer nearly all varieties like Intensive Skin Serum, Long Wear Even Finish, Moisture Rich, and Skin Foundation (and that’s just the liquid foundations) the bad news is that shade choices were limited. There were pressed and loose powders, cream foundations, stick foundation, concealers, correctors, CC creams, and under eye brighteners. The big issue revolved around finding your shade in a type of foundation you wanted. Certain varieties were only available in 1-2 shades. For example the Skin Foundation Stick came only in Cool Golden. I was told that since this is such a popular product for them this was all they had. The Skin Serum was available in several light (Ivory) to medium to dark shades (Cool Espresso). CC cream came in Warm Nude and Pale Nude. Long Wear Even Finish liquid foundation was available only in Cool Ivory. Serum Concealers only had two lighter shades: Light Pink Bisque and Extra Light Pink Bisque. I think you guys get the idea. I was told that while there is a lot of backstock it is only in those shades that are already out on the tables. For someone like myself with super pale skin the only shade choices that worked were alabaster and porcelain which were only available in Moisture Rich Foundation that I know my combination skin wouldn’t like. Thankfully there are testers and you can swatch to your heart’s content! You can even see my sorry mislabeled attempt in one of the photos lol
*This post contains affiliate links*
!function(doc,s,id){ var e, p, cb; if(!doc.getElementById(id)) { e = doc.createElement(s); e.id = id; cb = new Date().getTime().toString(); p = ‘//shopsensewidget.shopstyle.com/widget-script.js?cb=1495561743544?cb=’ + cb; e.src = p; doc.body.appendChild(e); } if(typeof window.ss_shopsense === ‘object’){ if(doc.readyState === ‘complete’){ window.ss_shopsense.init(); } } }(document, ‘script’, ‘shopsensewidget-script’);

Moving on to lip and eye products (all $8) you’ll find a pretty small selection and much of it is already sold out. By noon all lipsticks and mascaras were sold out. There were just two shades of lipsticks to begin with, a matte orange and a raspberry pink. It is unlikely they’ll be restocked today (Tuesday) but the staff is hopeful that there will be a new shipment later this week. I also saw some lip glosses but again they were available in only one color: orange peach. Same goes for eyebrow pencils: only in Wheat. There were a couple of potted gel eyeliners (no liquid liners) but I don’t recall seeing black.

Near the coat check you’ll find brushes and applicators. Sadly there was just one type of eyeshadow brush for $10. Various puffs and sponge applicators were all priced at $3. Makeup removers were $8 and cleansers were $10. The only skincare consisted of $10 Rescue Recovery Kits (retail $35). The sale’s most expensive item came in the form of Bobbi Brown “Beach” perfume: $24 (retail $76). There were highlighters, blushers, and one type of bronzer ($12). Overall the selection was underwhelming. I was expecting a sale similar to last year’s M.A.C. sample sale but the lack of shade variety and limited color cosmetics definitely hurt this event. There were no makeup sets, no eyeshadow palettes, no limited/special edition items, etc.
All the way in the back you’ll find several tables with Bumble and Bumble hair products priced at either $5 or $10. The selection consisted of styling products like hair spray, oil, mousse, lotion, and masque. There were both travel and full size version for many products. I was hoping to see Bumble’s highly recommended shampoos and hair brushes but sadly they did not make an appearance thus far. The hair products did not enjoy such extreme demand as the Bobbi Brown cosmetics and there’s little chance of anything selling out anytime soon. My advice is to wait for potential markdowns that should come in the next few day. 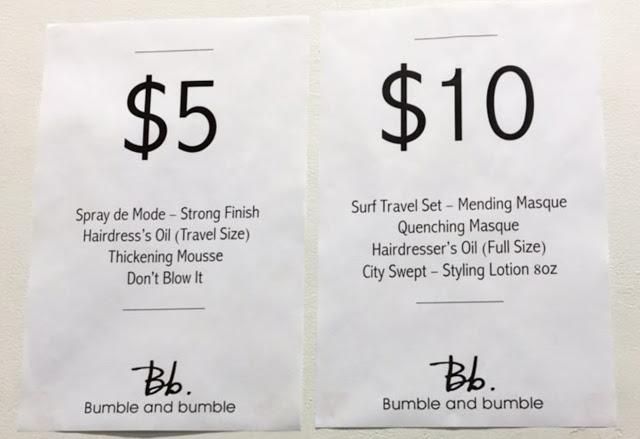 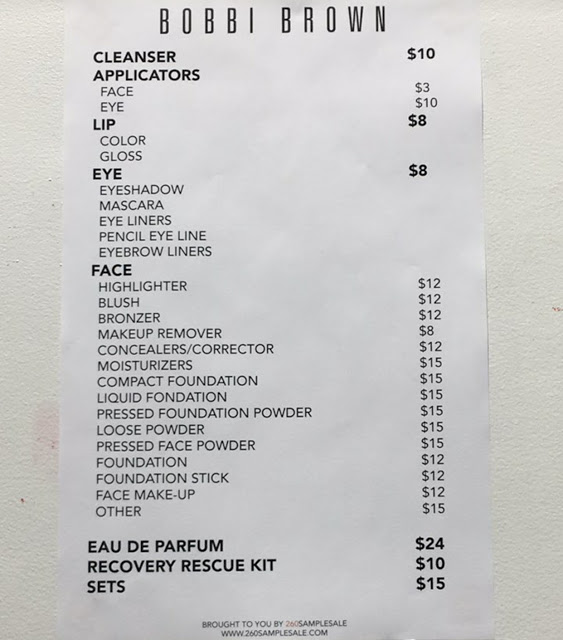 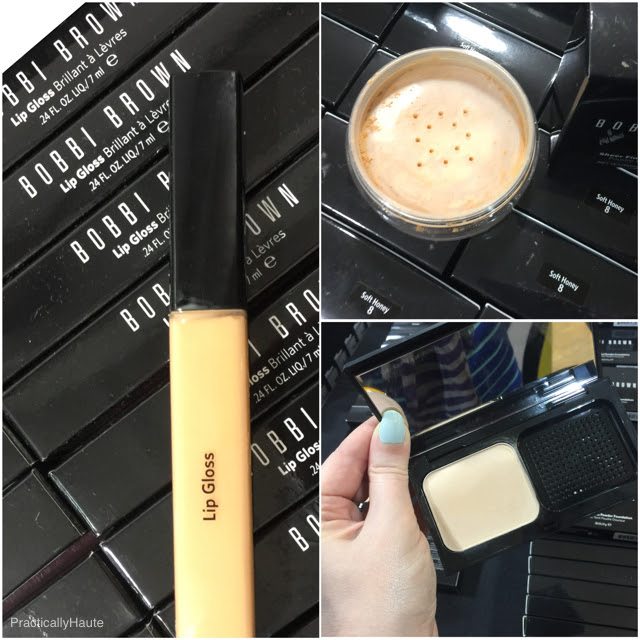 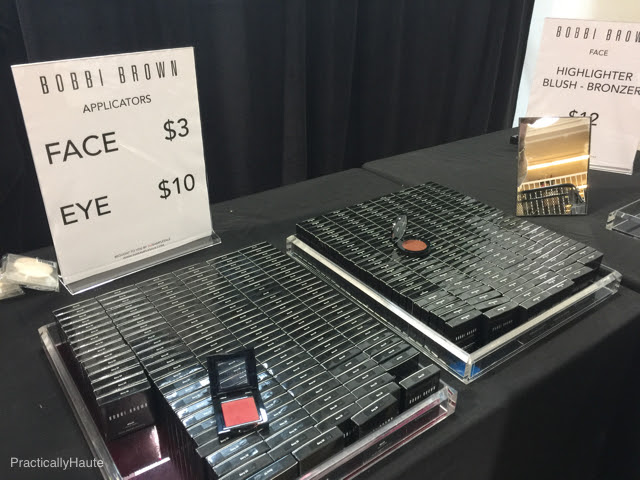 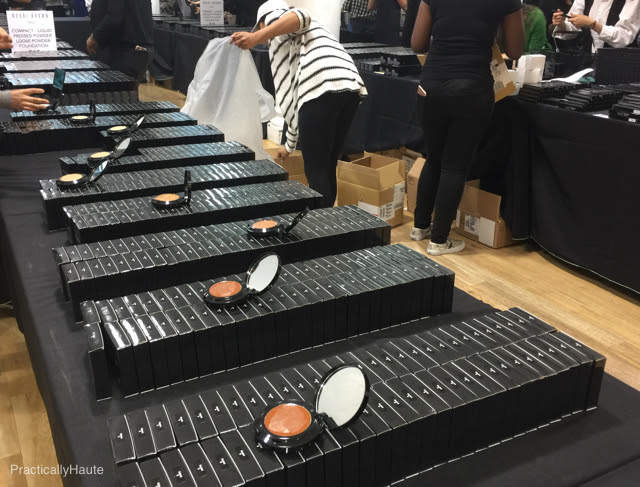 BOTTOM LINE: While the prices were great the selection left much to be desired unless you were lucky to find your shade match in a foundation that works for your skin type. The sale runs through Sunday and restocking is expected. A new shipment of color cosmetics would certainly be a huge boon to this event. For now keep your eyes on any potential updates on stock and prices.

Louboutin Sample Sale Without An Invite? 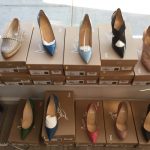 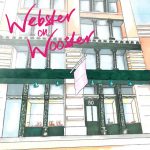