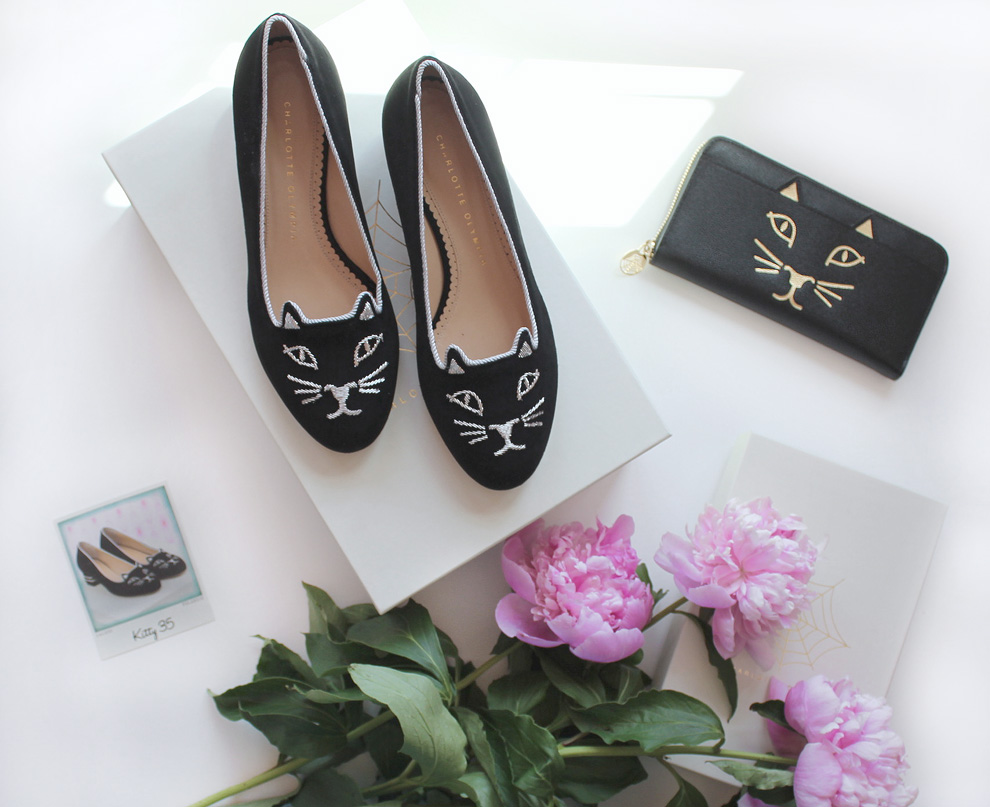 Charlotte Olympia’s whimsical and surrealist footwear creations have long cast their spell over the fashion elite.  Her iconic kitty flats and sky high heels have graced many a fashionista’s closets and won her multiple British accessories designer of the year awards. If you’ve ever dreamt of owning a pair of your very own Olympia shoes then now is the time to dig through those cobwebs and find some amazing deals! Earlier this week the London based label unveiled a special sample sale at 260’s SoHo venue where most shoes were $150 and discounts reached as high as 90% off retail! As you can imagine the best deals like a pair of Crystal Kitty flats (retail $2,300) and Spindrella Clutch (retail $1,825) from the Spider-Man Homecoming capsule collection sold out pretty quickly but the sale is being restocked so let’s take a look at what you can expect to find.


Weekend markdowns have arrived! Shoes now as low as $90 and nothing is over $150. Please scroll to the bottom for the latest price list.

Sadly all good things must come to an end but at least this farewell comes with a few substantial bargains. Earlier this year Charlotte Olympia announced that they will be filing for bankruptcy in the U.S. and have since shuttered all four stores in New York City, Las Vegas, and Los Angeles. The British brand has now began its liquidation process with two huge sales: one taking place here and the second scheduled to hit L.A. in June.

This week’s event kicked off with a rather low key friends & family preview but the public opening was of course a much different story. Photography was not allowed so please bear with me as I’ll be linking up many of the styles spotted at the venue. The sale takes up both floors of Greene Street location. If you are only interested in flats or children’s shoes then head downstairs. There you will find iconic velvet slippers in a plethora of colors (and yes even black) along with limited editions like Kitty 35, Emoticats, Mid-Century Kitty,  D’orsay Kitty, Kitty Slingbacks, Slides, and more. All women’s shoes were priced at $150 (now $120) except trainers/sneakers that are $90. Second round of markdowns has started this weekend and boots are now $100 while men’s shoes are $90. (Flats can retail anywhere from $425 to as much as $2,000). Besides the kitties, other flats styles included Flamingo, Rose Garden jacquard slippers, Fruit Salad, Mascot, Alexandra, and Posey just to name a few. It’s worth noting that flats have been cheaper at some of the past sales (even as low as $100 once) but there were hardly any Kitty flats which, lets face it, are what everyone wants. This sale is essentially a liquidation and the stock comes directly from the newly shuttered boutiques and their US distribution warehouse, meaning that this is the best selection of Charlotte Olympia that we will ever see on sale! Children’s shoes were $60 $40 and if you have a mini-me then be sure to use this opportunity to stock up! Kids’ sizes range from newborn to women’s size 34.

The advertised discounts listed savings of up to 70% off retail which to be frank is pretty crappy for a sample sale. Thankfully there were discounts that went up to and over 90% off! These included handbags, wallets, and special edition footwear. Accessory lovers who shopped during the first few days were treated to $60 ($40) wallets, $45 ($30) small leather goods (like key chains and phone cases), and $150 (now $100) Feline Wallets on a Chain that unfortunately for us cheapskates were considered “clutches” and thus priced higher. Wouldn’t it have been awesome if they were $60?! I was sorely tempted by some of the Perspex clutches (located in the back) but my practical side won over 😂 From a bargain perspective a $2,395 Pandora In Bloom crystal box clutch at $175 was a steal! But from a practical standpoint it can’t fit more than a lipstick and this girl here always carries too much crap in her bag😳. Larger bags on the other hand were definitely more sensible and at only $250 (now $150) also really well priced. I kept telling myself that I have enough purses but that didn’t stop me from going through major FOMO. I mean look at this Feline Backpack!!! 🤤 Why or why did I not buy one 🤦🏻‍♀️. Check out the gallery below for some of the other bags and accessories I saw at the sale.

Finally it wouldn’t be a Charlotte Olympia sale without some sky high heels. As her slogan says: “The higher the heel, the better you feel!” If I could still wear 5 inch heels I would have been tempted by Platform Dolly and Gladys or the new Pimlico VC. Although the biggest stand outs to me were Super Octavia (retail $1,575) cut out booties from Charlotte Olympia X Marvel Spider-Man Homecoming capsule collection.

A few random notes. It seems that C.O. team did not initially price certain categories (Havaiana flip-flops, MAC beauty, etc.) 260 staff later informed me that all makeup/beauty items were $10 and flip-flops $40. These items are also now an additional 50% off although I doubt theres anything left at this point.

BOTTOM LINE: Special edition items were the best bets by far but of course they sold out early. There has been some restocking, including the kitty flats but the popular sizes are pretty much wiped out. Same goes for wallets and large bags. What’s left are, as my friend calls them “hooker heels” and I highly recommend that you wait for more markdowns on those. The sale next moves to L.A. so I wouldn’t expect any drastic discounts but it might be worth a trip if you’re in the area. 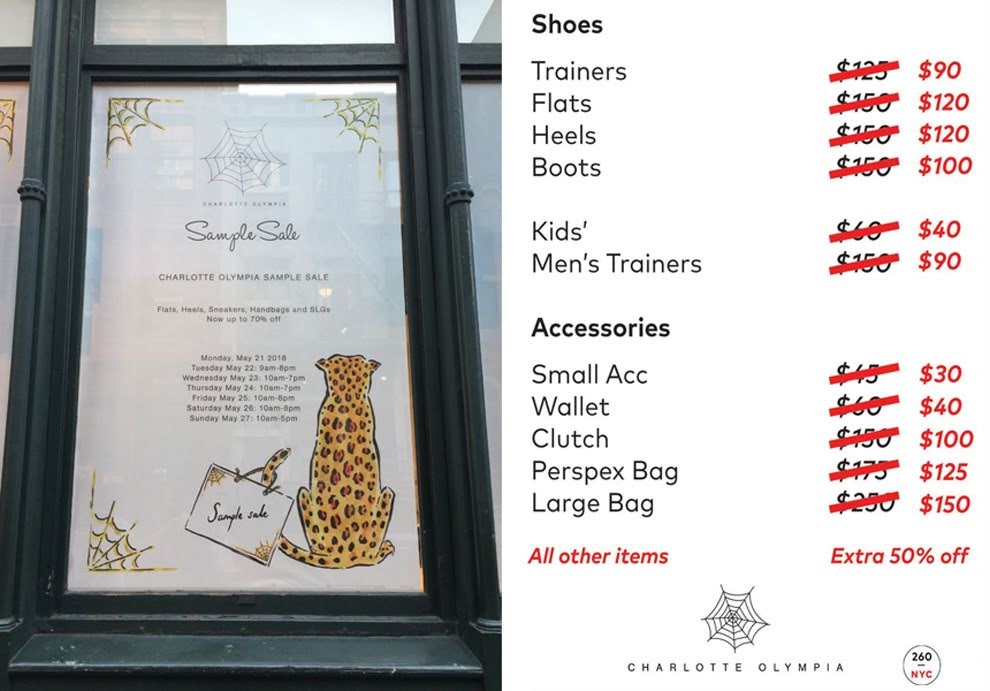 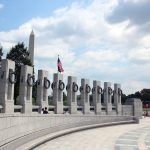 The Best Memorial Day Sales To Shop This Weekend